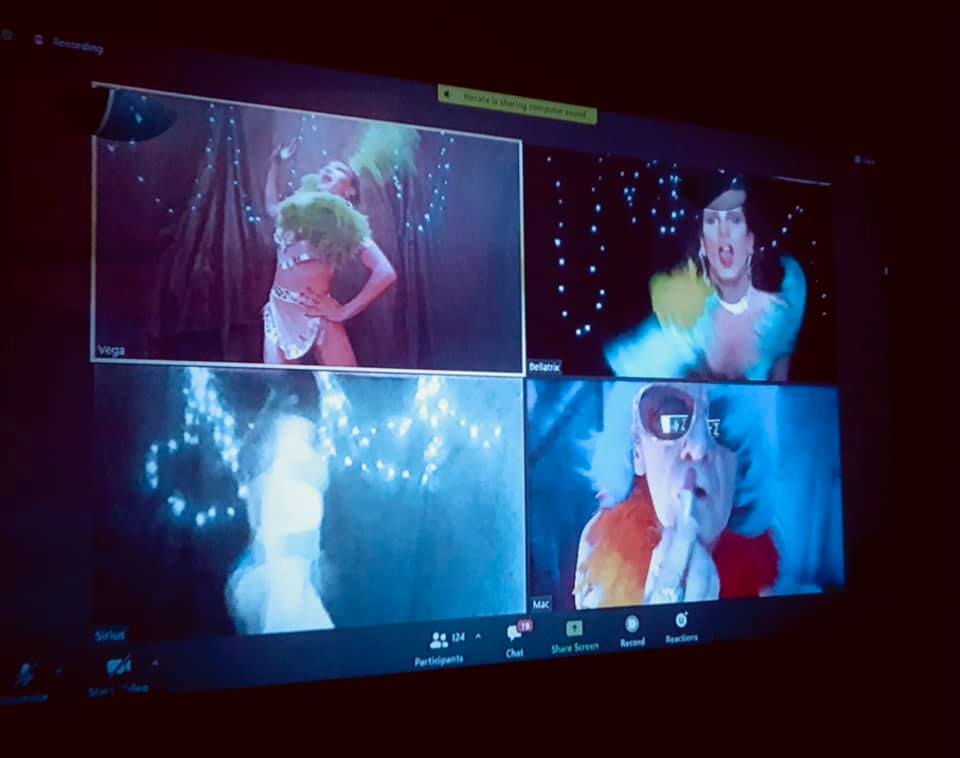 The research project is significant because of the extent to which it has influenced audience experiences, scholarly thinking, and because it has provided a new understanding of the creative methodologies implemented to create the performative environment of Shakespeare’s Macbeth. The cycles were enabled by a national and international collaborative partnership with the creative industry and festivals as the production was performed in different performance and cultural contexts:

The significance of this project was that it influenced cultural and production platforms and shaped the audience’s experiences through new performative contexts. The project created various artistic forms that engaged the audience in different production contexts; acting students at RBC, local communities and participants in local festivals, international scholarly platforms on performance studies and performance design, AHRC funded R&D and full live digital collaboration with a professional theatre company

The practice-led research interdisciplinary performance, Macbeth Projeto, engages with adaptations of Shakespeare’s Macbeth, allowing connections between different dramatic forms and experiences through different artistic and theatrical forms. Over three years, we have enabled knowledge transfer through representation at leading international conferences in the performing arts sector.  This is also essential for the overall development of the project’s impact. Also, the ability to forge new collaborations with other world-leading researchers gave us new connections and opened up opportunities for future collaborations with our project. As a result of presenting at conferences and performing in front of different audiences, we obtained feedback and comments that expanded our knowledge base and influenced their understanding of cultural production, collaborative process and ultimately connecting to Shakespeare’s work in a variety of interdisciplinary art forms.

This one-person show is a story of Lady Macbeth (mainly) who is not an accomplice but is confined to a room in the castle, due to her nervous breakdown. So all of the murders– of Duncan and his servants–are committed by, in this narrative, Macbeth and Banquo. This is a devising theatre by Aleksandar Dunderovic and Stephen Simms.

The description says this is “an adaptation of Shakespeare’s Macbeth and Sarah Kane’s 4.48 Psychosis.” Indeed, it is a psychodrama that explores a psychotic aspect of Macbeth story in a “contemporary” or timeless setting. The theatre spaces is an installation with a live actor–Stephen Simms with simultaneous video projections. The miniature set of Macbeth’s room, his tower, Lady Macbeth’s bedroom, and the “guest room” projected on the screen (Designer Maria Sanchez) is intriguing and also humorous. In a way, they are all in a “doll’s house.” The “inflated” plastic (blown by a portable fan) represents the confined world of Lady Macbeth. As Lady Macbeth, Simms wears a big piece of sheer white fabric and a white underwear while as Macbeth–after Lady Macbeth’s demise–he is completely naked.

When the audience first arrives at the building (UK Vuk Stefanovic Karadzic), they are ushered to a bar where Stephen Simms welcomes them, a glass of beer in his hand. He approached my “non-smoking” table with his cigarette and he reads tarot cards to tell the future of a guy next to me. According to Macbeth (Simms), this nice guy will have some problems with older women. This waiting period is quite relaxing, surrealistic, and funny, and actually, I got to know a young scholar from Finland, attending the same conference. Of course, my first question to her is “do you like Moomin?” UK Vuk Stefanovic karadzic, Belgrade, Serbia, July 11, 201

The video can be accessed on the link below from minute 13:25.